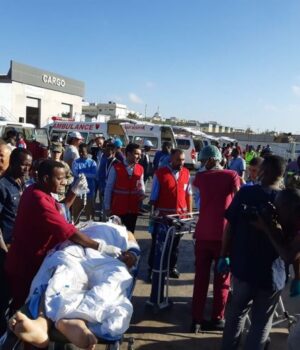 Somali Prime Minister said in a statement on Tuesday that the government will take any action to secure the security of Turkish nationals’ after a meeting with Turkish ambassador to Somalia and other officials in Somali capital Mogadishu.

“We thank our Turkish brothers for their support, and Somali government will take any action to secure the security of Turkish nationals” Hassan Ali Khaire said.

The terrorist will not be able to stop Turkish development projects going on in our country, the statement added.