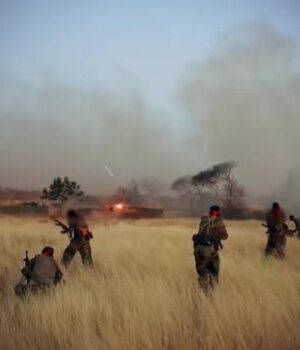 The attack was said to have started with a suicide car bombing that targeted a military checkpoint manned by Somali forces in the town of Qoryooley, Southwest of the capital Mogadishu.

A deafening explosion followed by huge bursts of gunfire that lasted for hours was heard in the Lower Shabelle town. Local residents said.

Casualties feared but the exact number of the casualty figures is not confirmed. added the local residents.

Recently, Somali forces backed by African Union Mission in Somalia have stepped up operations on al-Qaida linked group in some central and southern regions in the Horn of Africa nation.

The assault comes amid ongoing military operations against Al-Shabaab in the region by Somali government forces and their allied AMISOM troops.

Qoryoley, which is an agricultural rich district located 120Km southwest of Mogadishu, the Somali capital was recaptured by Somali and AU troops years ago following offensive.