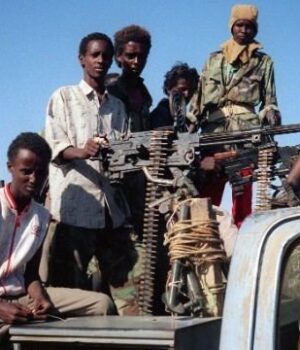 HM_Galkacyo:-An official says at least two people have been killed and several others wounded in a fresh battle erupted Sunday on the outskirts of Galkayo city, the regional capital of Mudug in central Somalia.

The skirmish flared up in (taaroge) Area,which is located west side of Galkayo after a dispute between two clan militia turned into conflict, according to the official who spoke on condition of anonymity.

Those injured in the inter-clan clashes were admitted to a local hospital with reports that the situation was calm on Sunday morning despite claims that both warring sides are gaining reinforcements.

It’s not yet clear what triggered the combat as both Puntland and Galmudug did not comment on the conflict. Local elders launched a mediation to halt the bloodshed and end the rift through dialogue.