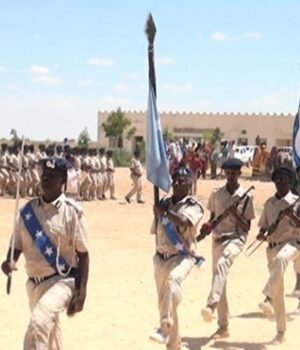 About 90 police officers, majority of them junior officers serving in Puntland Police Force have been relieved of their duties.
Ads By Google A letter seen by HOL from the State Police Commissioner Muhidin Ahmed Muse and addressed to Nugal police commander directs that 88 police officers be laid off from their duties.

In the letter dated January 11, 2019, the police boss observed that the affected officers were ‘no longer
of value’ to the police force.

The police chief did not cite any other reason but noted the dismissal of the officers was in line with the regulations guiding the hiring and firing of police officers.

The letter is also copied to the state president and the finance department of the police.

Out of the 88 officers, 14 of them are female and majority are of the rank of constables.

According to the Puntland State 2018 annual budget, the police was allocated $848,000 to cover salaries
and other administration costs